Unfortunately I did not make it to my parents for Christmas and now fly there on 29th.

My neighbour has given me a beautiful oil painting he has done for me, of a Common Crane or Trana på svenska.

In return I have made this kåsa/kuksa for him 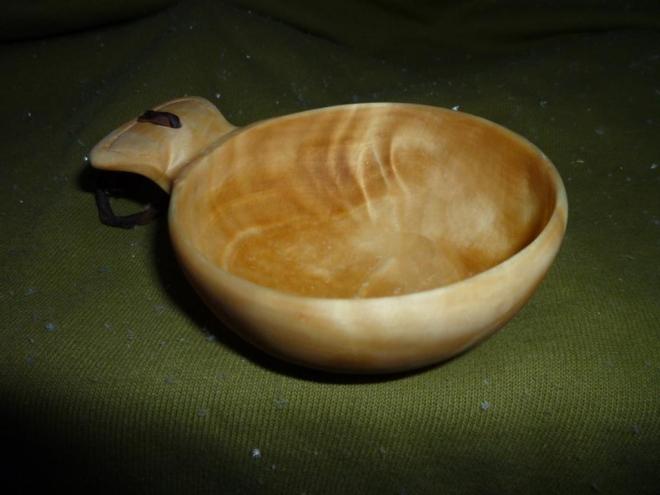 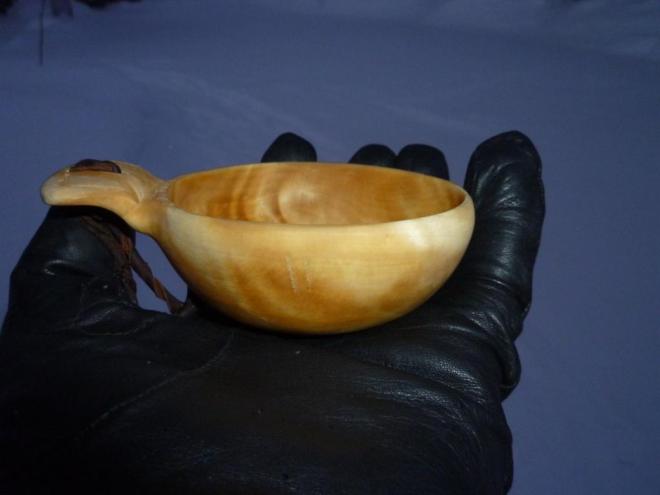 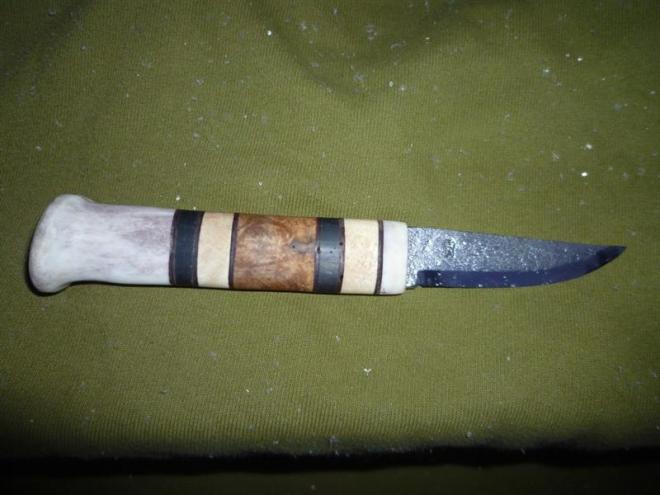 James…. I have been selling my knives on my website but I only have these two left now.  If you are interested in either drop me an email and we can agree a price.

Just a few more pictures before I head off, from my walk today at midday.

This will probably be my last post before Christmas as I leave for England next week.

On Wednesday I was invited to an important event in the reindeer herders year.  It’s called Renar Skiljning which  basically means that after the reindeer have spent the summer together, at this time the animals are herded into a handling facility and each Sami family removes their own animals from the herd to feed and care for during the winter.

We were there well before first light for coffee and breakfast 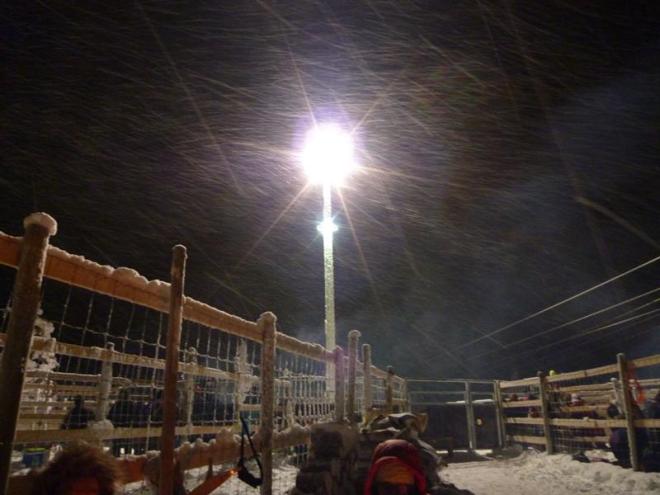 The reindeer (about 7000) had been herded into a large enclosure from the local area the day before.

Here is my representation of the handling facility. 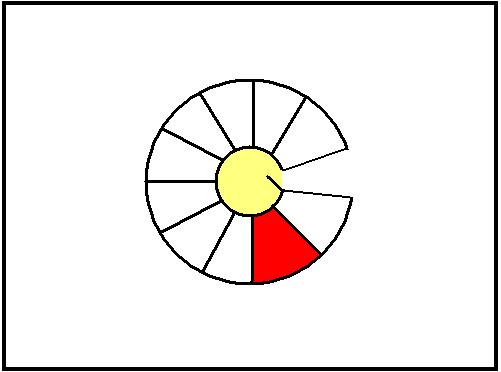 The reindeer are herded in about 150 – 200 at a time to the centre, from the right and the gate closed behind them

They run around and around

and the herders pick out their animals

the animals are moved to the separate pens

where they are given food

Here are a few more pictures…..

I have been teaching Emma how to make a snow shelter 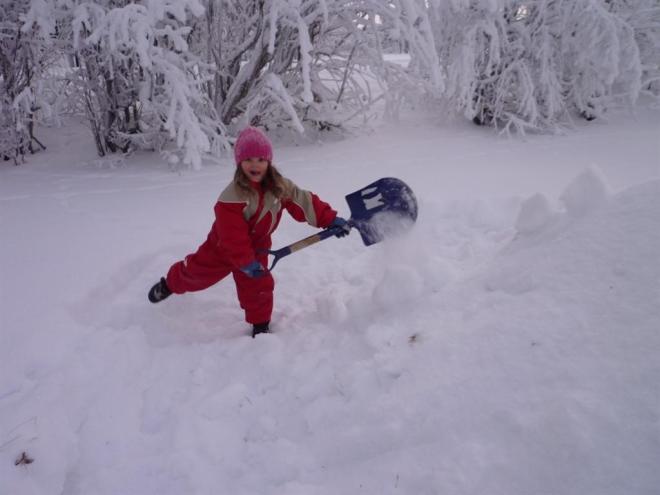 I am not going to write about how to build one here because I have done it before here. 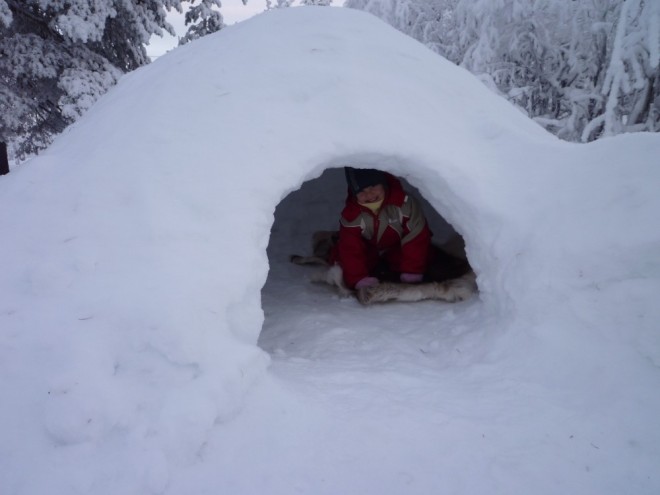 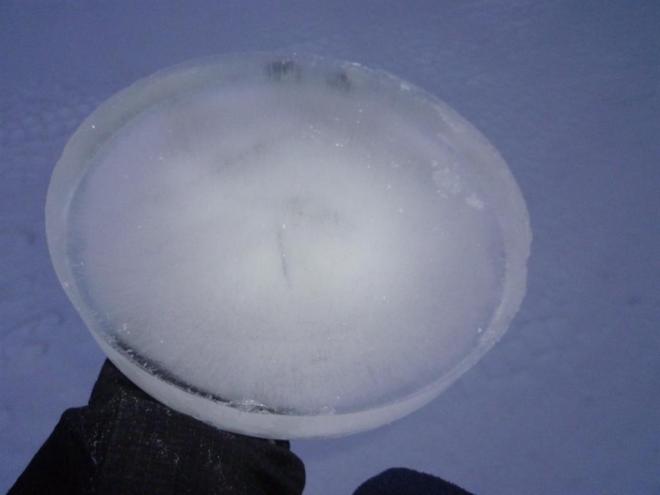 Here are Teres and Emma in the shelter at night

Here is the window by candle-light

and here is the shelter by candle-light

We have a couple of new activities added to our course list for early next year.

The first is our “Winter Skills Course“.  We have dates in January and February.  The first day will involve learning and practicing skills we will require to spend the rest of the week traveling and living out in the wilderness.

The second is our “Jokkmokk’s Marnad”.  You will have probably read before here about my previous visits to the marknad

and this year we are offering you the opportunity to join.  We will be traveling there on both the Thursday and Friday.

I have been doing a lot of work on the cabin we have in our garden (more about that soon) and while on the roof lifting up the flue for a woodburning stove, I knocked the  ladder and could only watch as it slid down the side of the cabin and onto the floor, taking the flue and rope with it.   The cabin is only about 5 metres high and I could have lowered myself down but even though it was -26 I decided to try and find a way to resolve my situation……..I like a challenge.

As always when I need to resolve a problem the first thing I do is gather together everything I have with me, empty all my pockets and lay out everything I have to try to come up with a plan.  For this particular problem I decided to use a tape measure, my knife in its sheath and one of my boot laces.  I used the bootlace to tie the tape and knife together so….

I let out the tape measure to lower the knife down

and after a short time, managed to hook the knife and sheath through a loop in the rope

Once I had pulled up the rope, I was able to pull up the ladder and the problem was solved!

I had my first chance to get out and about on the snow mobile on Friday, driving about 50kms in total.

Here’s a picture I took at midday and shows quite well that the sun is now only just appearing over the horizon (but at 7:30am we have blue sky)

Knowing that I would be cooking coffee later in the day I collected firelighting material in advance.  The temperature was only -13 so this Old Mans Beard lichen was a little damp.

I put damp firelighting material in my shirt for at least one and a half hours and my body heat helps to dry it, so when I was ready to make fire the material was dry

The tree looked really good once Teres had decorated it

Last weekend Gällivare hosted its annual “Santa Winter Games” with contestants from all of the world competing to be “Santa of the Year”.

Christmas tree decorating (this is the Colombian Santa’s tree)

It was the Santa from Colombian who won the competition.