I am now back in Sweden and was greeted on my arrival back home by yet another power-cut which this time lasted 44 hours.  Apparently Vattenfall (the company responsible for supplying power here in Sweden) have said that it was wet snow which fell and coated the power-lines that caused the problem.  strange that snow falls here every year and we have not had sooooooo much problem with power-cuts previously.

Vattenfall said on the radio that customers could go to their internet site for updates on the power-cut…….how are we supposed to access the internet when we have no electricity!!!!!!

The village shop here in Nattavaara is owned and run by the village.  We approached Vattenfall to provide a large generator to run all the fridges and freezers so that food and goods in the shop would not be damaged, but they refused to do this and so twice now we have had to throw away most of the food we sell in the shop, which we just cannot afford to do!  The poor customer service at Vattenfall could mean that the shop has to close down (especially if we have more power-cuts)!

We now have about 20cm snow coating the ground and yesterday it -25 degrees C.

Next Tuesday we move to our new house 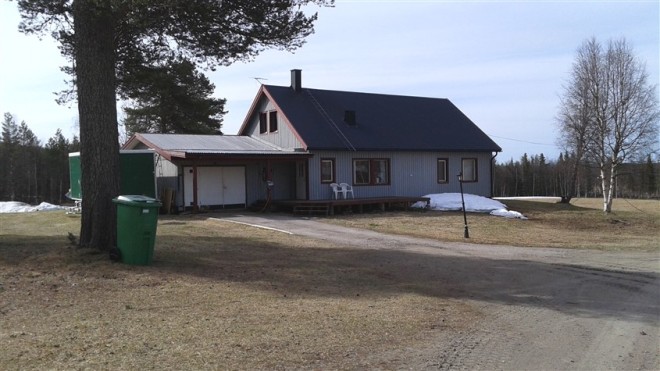 and before Christmas (when the family arrive) I have to have insulated and converted the upstairs to bedrooms and a play room; but more about that soon.

I am also planning to install a battery back-up system so that when the power-cuts come, we have lighting in the house via batteries.  I will also install a wood burning stove to provide heat.  Heating in the house comes from burning wood pellets, but the water pump and the motor that feeds in pellets to be burnt, requires power.

If anyone has read this book “Stalker” by Lars Kepler;

The police receive a short film-sequence of a woman in a window. Someone must have been standing in the garden just outside her house to be able to film her. The next day the woman is found dead in her home, the vicious violence at the scene shocks even the most seasoned investigators.

A few days later, another film clip is sent to the police, but there’s no way of identifying the woman before she too falls victim to a brutal attack. When he finds her, the woman’s husband is so traumatised by the violent scene that he starts cleaning the house in a state of panic. He even washes the blood off his wife’s body, and puts her to bed, as if nothing is the matter.

His acute state of shock and short-term memory loss prevents the police from questioning him. Criminal psychiatrist Erik Maria Bark is called in to hypnotise the man in order to unlock his memories of the murder scene. What Erik Maria Bark uncovers in his sessions, makes him start lying to the police.

It’s clear that the case cannot be solved without the help of Joona Linna, the man who’s been missing since more than a year and is presumed dead.

the main fictional character “Joona Linna” lives at the exact place where we are moving too!

On Wednesday I enjoyed and afternoon birdwatching with my friend Bruce Martin. 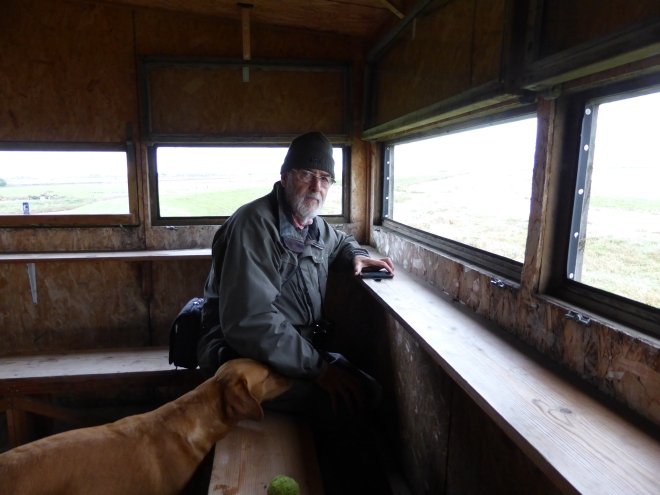 I first met Bruce when I was eleven years old and he has been there ever since (along with his wife Gwen who sadly passed away last year) to help and encourage me during my life working in nature conservation.

The Ouse Washes at Welches Dam is owned and managed by the Royal Society for the Protection of Birds and I worked there for two years from the age of 16 when I left school.  In fact one of the hides that we sat in, I helped to build 30 years ago! 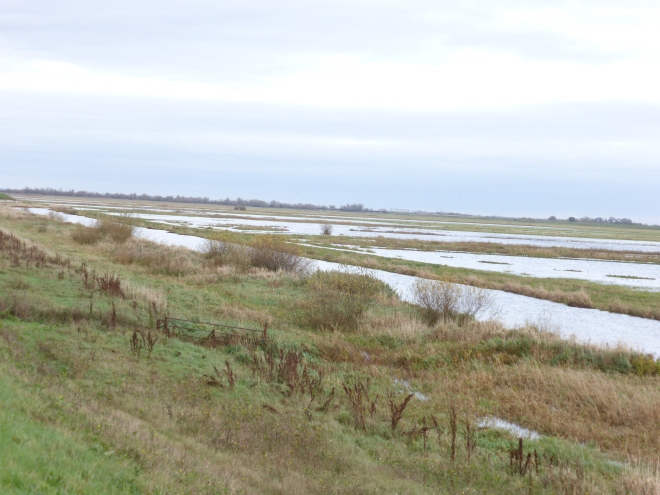 One of the cranes has colour rings on its legs and is a bird released as part of a re-introduction project. 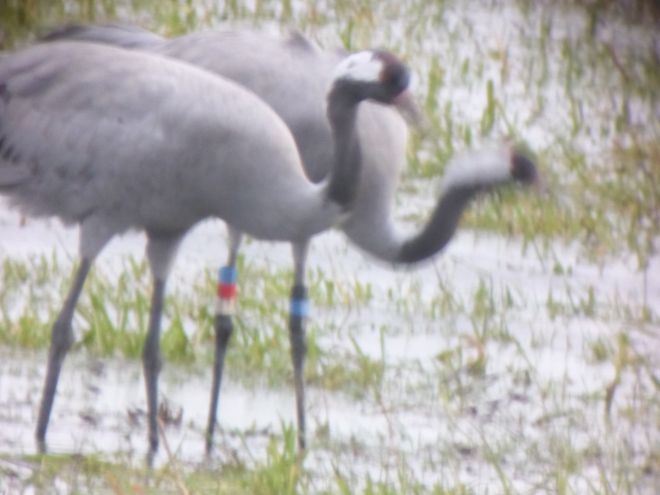 This particular individual is a female called Beatrice.

You can read more about this bird hear http://www.thegreatcraneproject.org.uk/cranes/meet-the-cranes-2011/beatrice