My cousin came to visit us from England over Christmas.  I collected her from the airport late on the 23rd and her adventure began early next morning with a tour out in the forest with a snowmobile and sled.

She wanted to see Reindeers so after the snowmobile trip, we jumped in the car and went to find some reindeer.

I also drove up the hill in the village to show her the phenomenon of both sunrise and sunset at exactly the same time as the sun appears for only a few minutes just now. 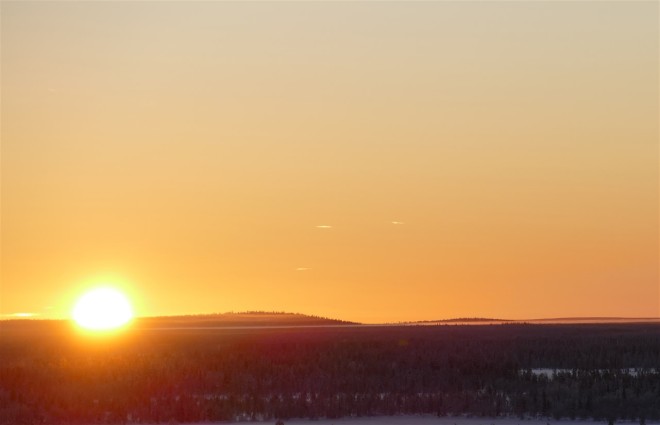 On Christmas day father and mother Christmas came to see us and gave out presents!

and then we ate a traditional Swedish Christmas dinner. 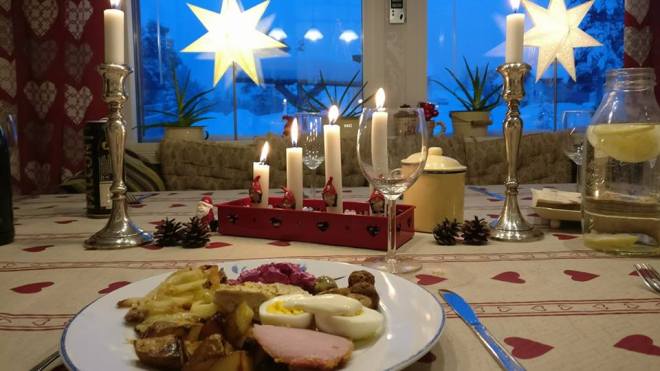 My cousin also wanted to see Northern Lights, and although the forecast was very poor, we did get a good display on Tuesday evening. 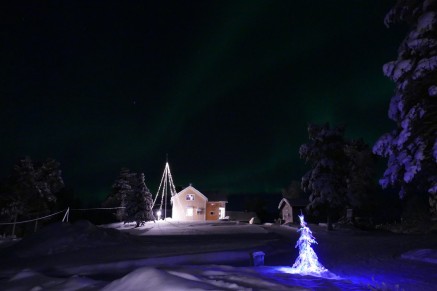 She also wanted to see Moose and fortunately, when driving back to the airport yesterday, we saw 13!

Here’s a nice wintery picture to finish with of some Bullfinches sitting in a tree. 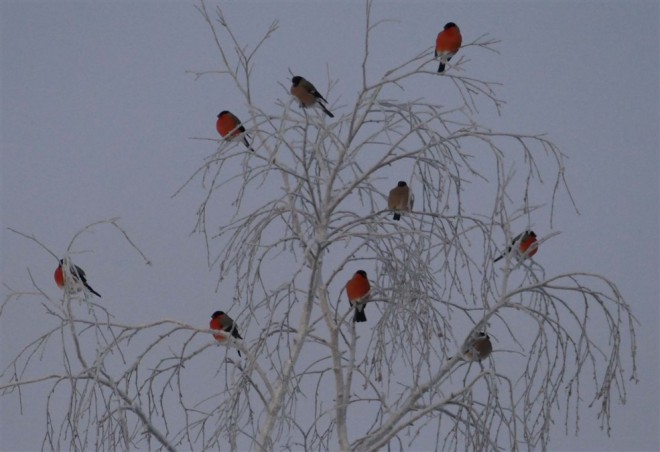 Every day it snows at the moment and meteorologists have said that we already have as much snow on the ground as we would usually have in February!  After it had rained almost every day during the summer, I thought that we would not get so much snow this winter.

The railway tracks in Gällivare, outside the tourist centre where I wok are kept clear using a snow-blowing attachment, mounted on a digger arm.  The digger has train wheels on it, so that it can drive along the tracks.

I have a new camera which I am keen to test, but as it is so cloudy and only light for a short time, I’m not able to test it.  The camera I have purchased is a Panasonic Lumix FZ1000.  The three pictures above are the only ones I have taken with it.  I had no tripod and I must say that I am very pleased with the results.

The sun only just appears above the horizon now for a short time, but it does provide some beautiful colours in the sky.

The sun rises just over the trees behind our house and so for a short time we see some nice colours in the trees and snow. 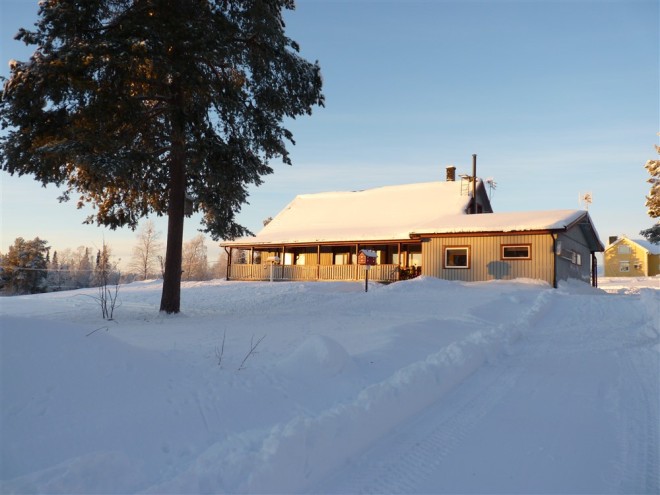