I have had a very enjoyable weekend at Bushcraft Festivalen 2018. I have with and met some fantastic people. 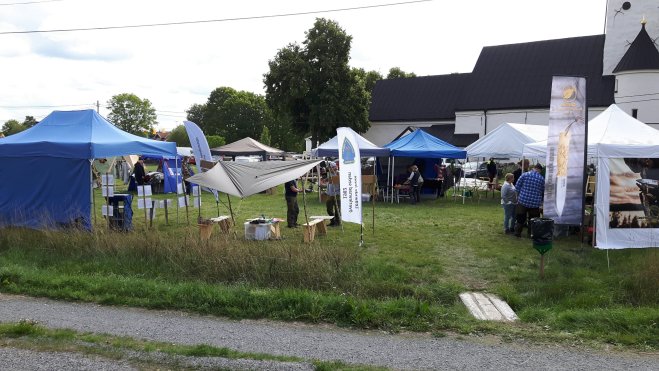 I arrived on Thursday morning and set up my camp. 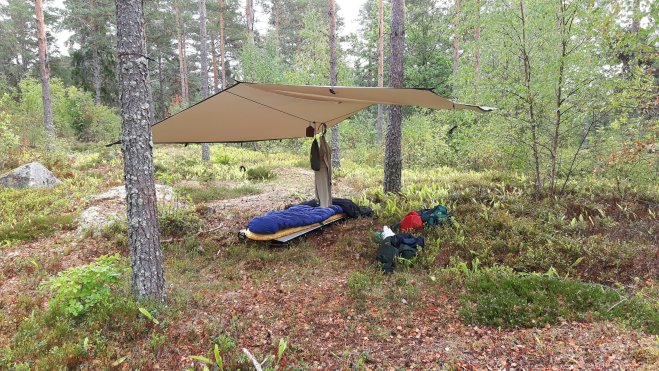 There wasn’t a great deal that happened on Thursday this year, but on Thursday evening with some beer and vodka, the party started.

And went on long into the night. 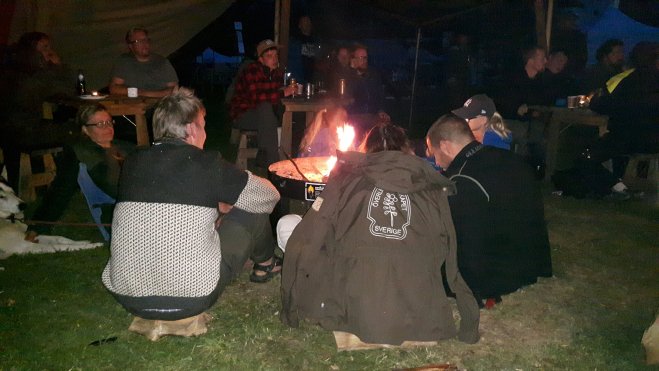 Friday morning however, the work began setting up tents and preparing food. 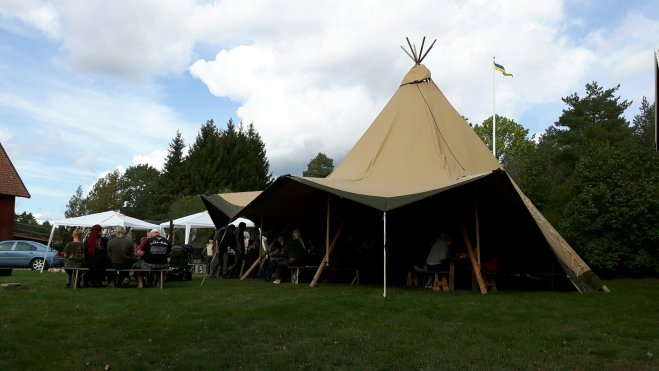 There was a group Bushcraft Estonia there and they gave some really good demonstrations during the weekend.

They made friction fire by rubbing a piece of Chaga up and down a dry stick until the Chaga began to burn. 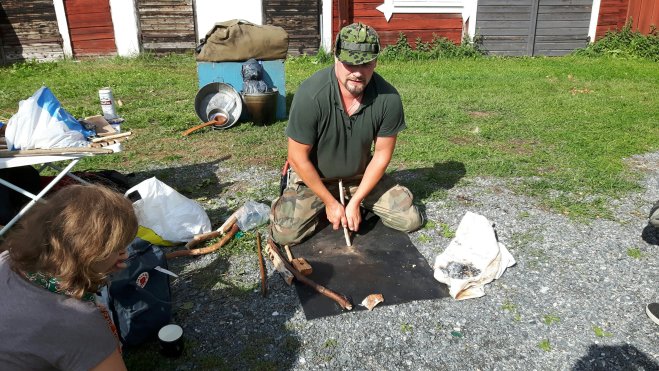 Another method of making fire by friction that I had never seen, was to roll some ash from an old fire into a cotton pad. The rolled up pad was then placed between two boards

And the cotton was rolled very fast backwards and forwards between the boards until the ash started to burn. I will be experiencing with this method. 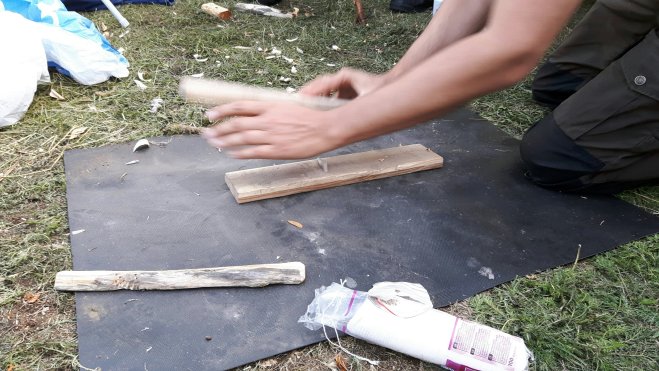 As I was working behind the scenes helping to prepare food most of the time, I did not get to see much more of the festival, but still had a great time!

I am currently sitting in the night train travelling to the south of Sweden to work at the annual Bushcraft festival. I will be writing more about the event next week.

Kelly has now outgrown the toilet that I made for her at the cabin.

So last weekend, I made her a new toilet.

My job working with teenagers during the summer has now finished, but the council have now given me another job for 8 months working with developing outdoor and wilderness facilities within the county.

Last weekend we found an old cabin by the side of a river not far from where we live.

We made a fire inside and of course grilled some sausage 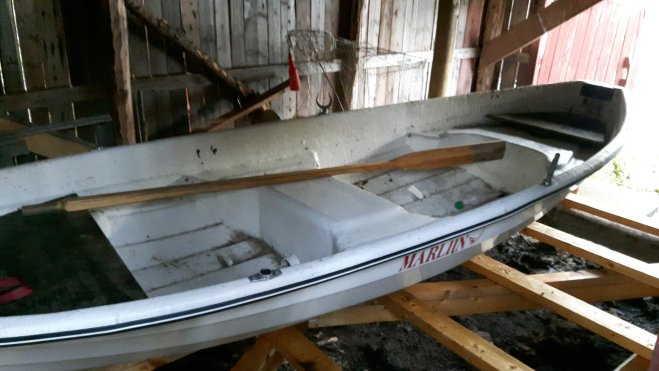 I have screwed two 4×2’s along the floor as runners to make it easier to pull the boat up and this works incredibly well. 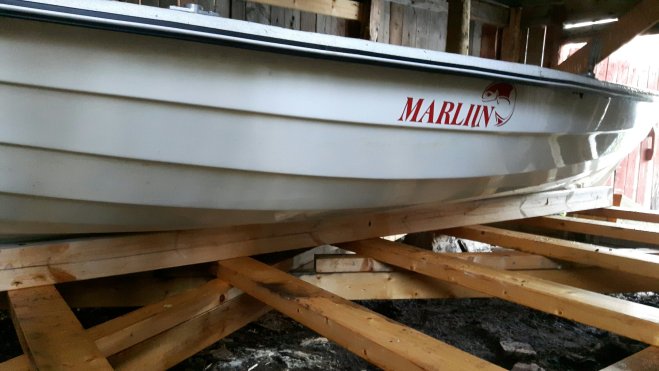 There has not been so much happening recently, which is why I didn’t write anything last week.

The weather is changeable at the moment, with warm,sunny days and then heavy rain and even thunderstorms. Last Friday lightning struck just outside our house. Destroying our street lamp and melting the inside of our washing machine! Fortunately no one was hurt.

I have made myself a new neck-knife, which has a longer blade.

I can have the sheath around my neck or on my belt. I have an extra press stud on the front so that I can attach a a small pouch or sharpening stone. I might even be able to use it as a bearing for the bow-drill.

I am considering buying a hammock now my back is much better and would be interested to know what readers think are the best hammock to buy.

A teaspoon of baking powder.

Plus 150g of butter over the mix