Last week we discovered that we have a water leak under our floor and it has been leaking for several months. This is what the underside of our house looks like.

A building company have been here and removed the floor and located the leak.

We are now waiting for our insurance company to decide if we have to move out.

Autumn has arrived.  There are some beautiful colours on the trees and the mornings are cold and a mist often sits over the water.

On Saturday morning I found a very obliging Moose which was so interested in me, that it came closer and closer.

I have a great job working for the council, which involves being out in the forest a lot.  It is nice to be able to make a fire and boil coffee and grill sausage for lunch.

I have been using my titanium mug for almost 10 years now and will hopefully have it for another 10 years!  https://naturallore.wordpress.com/2009/11/14/lifeventure-titanium-cup 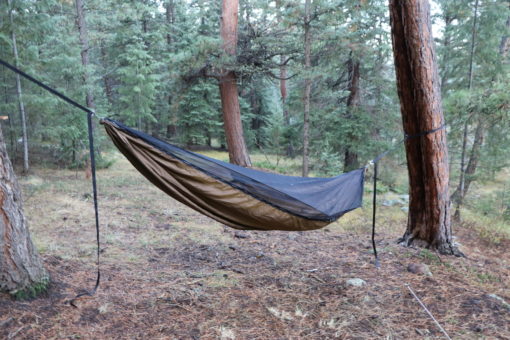 because it is possible to lay flat in this hammock as it is a-symmetrical.  However, I could not find a supplier here in Sweden, or even in the EU and as the shipping and import taxes would have been very high, I did not want to order direct from the States.

I then decided to buy a Dutchware Chameleon Hammock, but they did not have any outlet in the EU either.

Then a friend told me about a guy he knew who has started making hammocks.  He had been to a Bushcraft UK meet and shown his products and my friend thought they were very good.  The company is called Easy Hammocks and the guy who runs it is called Matthew.

I had a look at his website and liking the idea of supporting a small, growing business, I decided to order a Bushcraft/Survival Hammock which unlike his other models, does not have a built-in under-quilt but instead has two layers of material that allow you to put your own insulation or insulation mat inside.

Matt is hoping to get the hammock to me within three weeks, so once I have received it and tested it, I will write a review.

On Saturday night Kelly and I decided to sleep in the playhouse.

Although the playhouse is not insulated and the temperature went down to 0, we were not cold.

I was given a garage tent by a friend, but unfortunately the cover was damaged. However, I had previously been given a very large tarpaulin

Which I used to make a new cover.

I have also been out for a walk with Kelly, collecting colours from nature and we have mounted them on paper.

On Monday I started a new job with the council which involves building and repairing outdoor facilities and developing outdoor learning for children. Today I have been collecting small trees so that children can build shelters.

And painting tables and benches